“You’re mission Mr. Phelps, should you choose to accept it, is to continue working your way through the 101 Action Movies list, by watching Brian De Palma’s big screen remake of the Bruce Geller created, beloved, television series…. this message will self-destruct in 5 seconds.”

Tom Cruise plays Ethan Hunt, he and his team, under the command of Jim Phelps (Jon Voigt) are assigned a mission of stopping a list of undercover agents the world around from falling into the wrong hands. When everything goes wrong and only Hunt and Phelp’s wife, Claire (Emmanuelle Beart) walk away from a disastrous op, the pair are forced to take action into their own hands, as they learn everything has been done to suss out a mole somewhere in the IMF.

There are twists and turns as Hunt is pursued by Eugene Kittridge (Henry Czerny), one of the higher-ups in the IMF. 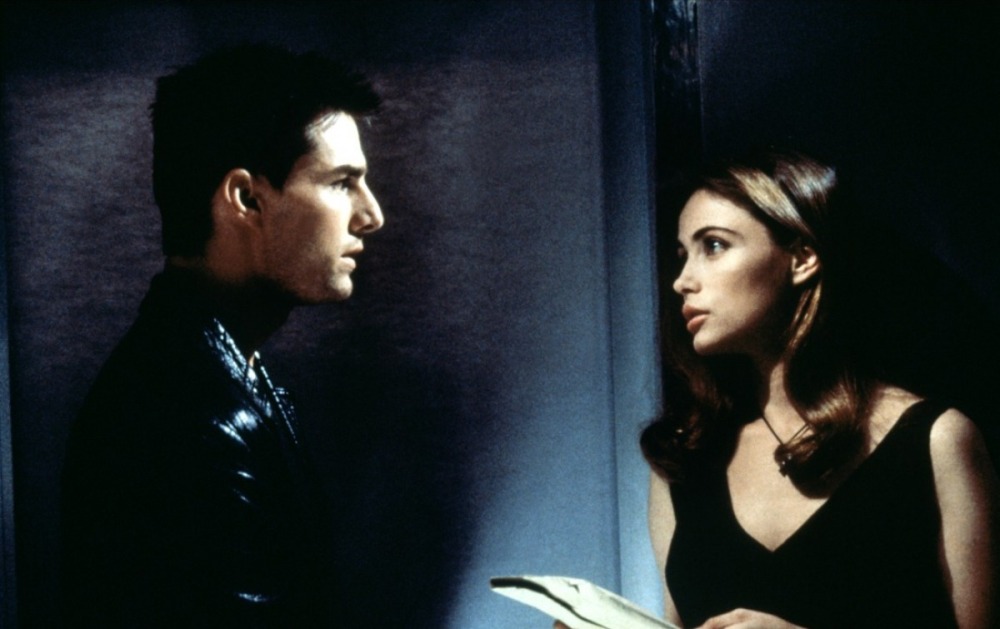 To find out who the mole actually is, they decide to steal the list themselves, from inside the CIA, recruiting an international team, that includes a computer expert, Luther Stickell (Ving Rhames) and a pilot with a violent streak, Franz Krieger (Jean Reno). Using their wits, technology and the ever reliable face masks, they race to discover the truth while fighting to keep the list out of enemy hands.

The film is a huge romp, embracing the original show, but with a sense of fun, while also being a little darker. The standout sequence if of course the break-in of the CIA, which sees Hunt dangling an inch or two above a pressure sensitive floor, in a sound monitored room. It works really well, and sets the bar for the break-ins in the film’s sequels very high.

De Palma is a director who likes to make use of the entire frame when he shoots, and there is always something going on, and something to watch.

Featuring a score by Danny Elfman, incorporating that fantastic theme by Lalo Schifrin the film is a lot of fun, and lets Cruise play a super-spy, he also tends to do as many of his stunts as he can, and you can see him in the aquarium restaurant, and in the CIA break-in that it actually is him doing almost all of it. 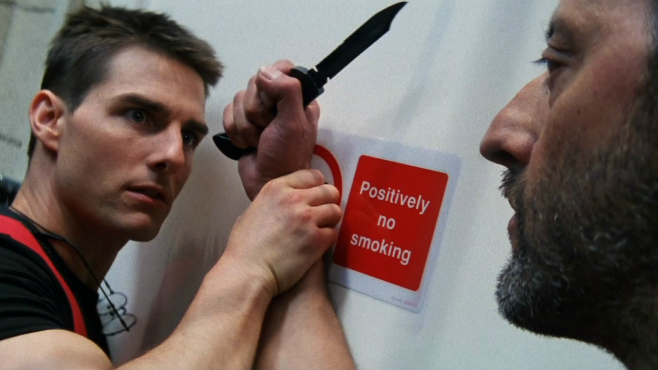 The biggest beef I had with this film, and it was something that wasn’t truly remedied to Mission: Impossible III, is that Hunt is supposed to be working as part of a team, and yet for this film, despite the fact that there is a team he recruits, all the heroics tend to be his. As the series progresses, the other members of the team tend to get bigger moments to shine as it becomes more of a unit effort as opposed to a solo show.

Well that, and the villain of course. But I won’t go into that if you haven’t seen it.

Overall, the film is entertaining, smart, and has a plot that does require you to pay attention a wee bit. I quite like this series, and its one of those movies that I will toss on in the background and just enjoy. 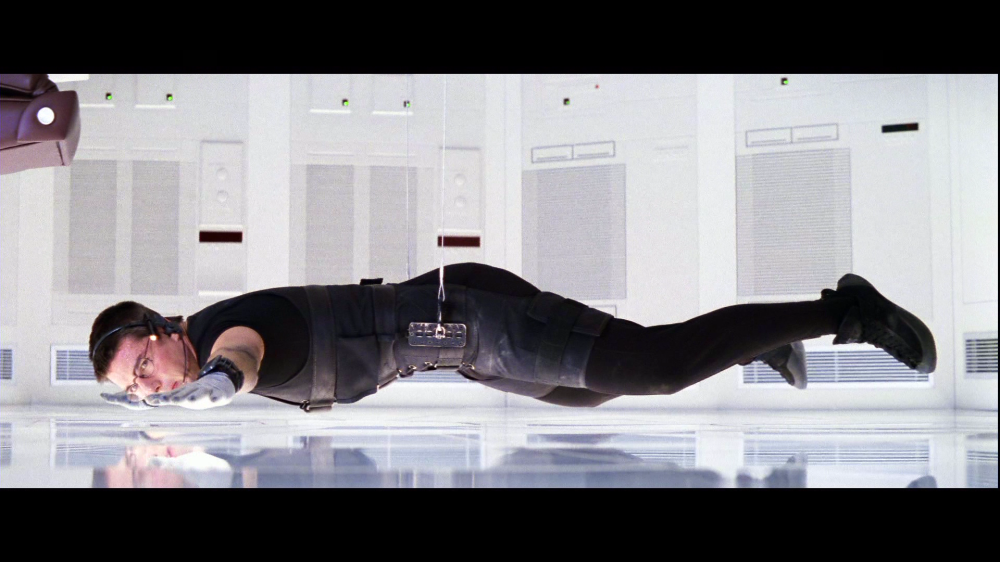