The next entry on the 101 Action Movies knows kung-fu, and is also the first Asian film to show up on the list.

From the famous Shaw Brothers comes this dazzling combination of martial arts and sword work. It’s a fun ride, though looking at it with the eyes of the 21st century, I would wish for a couple more close-ups and inserts during the fight sequences. Despite that thought, it’s still a lot of fun.

The Golden Swallow (Pei Pei Cheng) is traveling the countryside, intent on rescuing her brother who is being held hostage by the evil Five Tiger Gang, who are holed up in a Buddhist Monastery run by the corrupt Abbott Diao Ching-Tang (Chin-Ching Yang). The gang is ransoming the boy for the return of their leader, a plan masterminded by the ghoulish looking Jade Faced Tiger (Hung Lieh Chen).

Despite her skills, she is pretty ass-kicky herself, Ms. Chang (aka The Golden Swallow) needs help, though she may not admit it. She finds it in a drunken beggar, who may not be all he appears to be either.

We learn he is known as the Drunken Cat (Hua Yueh), and he too has a problem with the Five Tiger Gang. It seems he and the Abbot shared the same kung-fu master, the Abbott, the elder pupil, was entitled to the teacher’s legendary bamboo pole, but in his greed he murdered his teacher to claim it, but Cat spirited it away first, vowing revenge on the Abbott should the cross paths again.

When Chang has a run-in with the gang at their temple, things start off smoothly enough for her, but when Jade Faced Tiger uses his fan darts on her, she has no choice but to run, try to escape before the poison infects her system and kills her. Drunken Cat saves her, and she sees his skills at work and recognizes an ally.

Together they plan to save her brother, and he plans to avenge his murdered teacher.

Swords clang, blood flies (and there’s a healthy dose of it), there’s acrobatics, dizzying displays of skills, and all the fun sound effects you would expect to hear in a martial arts epic.

I do love good Asian cinema, and it’s always fun to come across a title I wasn’t even familiar with, like this one. While the storyline was fairly basic, with some very recognizable characters that became stereotypes of the genre.

Like I said, the only thing I would’ve changed for modern audiences would be the inclusion of some close-ups and inserts, but I really enjoyed this one. It’s always interesting to see action films from other countries, not just for imagination in terms of staging and creation of action sequences, but how characters and storylines are treated in other regions of the world.

I was aware, of course, of the Shaw Brothers films, but this one was a first for me. Have you seen it? 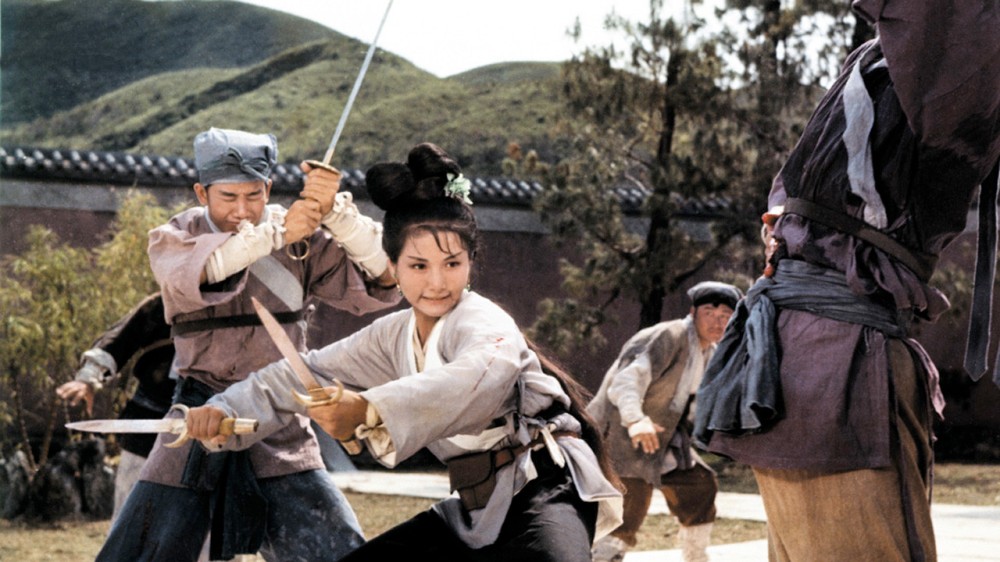