Well folks, as the kids say these days, shit just got real!  The Toronto After Dark Film Festival has VERY GENEROUSLY offered the Mind Reels passes to cover the fest this year, and we could not be more thrilled!  Adam Lopez (TAF’s hard-working, fearless leader – and hopefully future Mind Reels guest) has put together an incredible line-up of films, and Tim and I can’t wait to sink our teeth into as many as we possibly can (while still working full time at our day jobs)!  Due to health matters beyond my control, I can only commit to the first evening screenings every night, but that’s still a hearty 9 films, and more if I can spare the energy from time to time!  I can’t wait!

So here, without further ado…adieu, haha…is my Must-See List, with special mention to the four screenings I am most looking forward to!!!

Grabbers – TAF’s opening night selection is also the Toronto premiere for this hilarious-looking Irish monster comedy!  My love of Tremors is part of what drew me to this flick in particular, as there seems to be a similar tentacled monster out to get these small-town-folk, but leave it to the Irish to discover the creature’s weakness:  If you stay drunk, they won’t take you.  The alcohol in your system acts almost as a poisonous barrier to them as they seem to have a lethal allergy to it, so obviously the best way to save the town is to get everyone in it good and hammered!  My kinda wacky fun!  Grabbers screens Thursday, October 18, 2012 at 6:45pm with short film Not Till We’re Married

Crave – This film about a crime scene photographer losing his grip on reality and spiralling out of control isn’t always my sort of thing, but when it’s done well as a character study (Taxi Driver, Fight Club), even I am not immune to its immense power, and I have a feeling this one will fall into that same category.  It looks to be a portrait of obsession and instability, taking us inside the mind of a man as he begins to crack wide open, and making us not only watch but go with him along the way.  With some violence and Ron Perlman thrown in for good measure, you can’t really go wrong, in my books!  The Toronto premiere of Crave screens Friday, October 19, 2012 at 6:45pm with short film The Captured Bird

[Rec] 3: Genesis – Sadly, I have not yet witnessed the amazing-seeming [Rec] films yet, but I hope to remedy that in a few days by taking in this chronological prequel to the franchise.  This addition to zombie mythology films has an outbreak starting at the wedding of a pair of star-crossed lovers, and if the image of a blood-spattered bride wielding a chainsaw isn’t enough to get your zombie-lovin’ glee revved up, then I don’t know what would!  The Canadian premiere of  [Rec] 3: Genesis screens Saturday, October 20, 2012 at 6:45pm with short film We Ate The Children Last

Universal Soldier: Day Of Reckoning – If you know the Mind Reels, you’ll know how much we both love a good, gory, explosion-filled action flick from time to time.  The Expendables movies alone have provided us with almost more fun than we can handle in the theatre!  So the fact that this newest installment to the Universal Soldier franchise is having its Canadian premiere at TAF this year is kinda thrilling-cool!  Add to that the report that the violence and gore have been amped up a notch or two since we last visited this ‘verse, and you’ve got yourself a Suzie in your seats!  Universal Soldier: Day of Reckoning screens Sunday, October 21, 2012 at 6:45pm with the short film Bio-Cop

Grave Encounters 2 – Okay, I’ll admit it – asylums pretty much scare the bejeezus out of me.  I don’t even care if they are abandonned, haunted, or still in use…crazy people are creepy.  It’s something about their complete unpredictability.  For the most part, though, it’s the kind of fear I like to push myself with, so I totally had fun watching the first Grave Encounters film…from the safety of my livingroom, protected by my furry little attack cats.  I’m also very happy to see the Canadian premiere of the sequel on the TAF list this year, as I am sure that seeing it in the theatre will make the whole thing even creepier to me!  Of course, someone will want to go in looking for that first team that disappeared in the abandonned asylum.  It’s possible that at least one of them is still alive.  That’s the thing with “found footage”, though.  It just never bodes well for the folks who were filmed in it!  Grave Encounters 2 screens Monday, October 22, 2012 at 6;45pm with short film Annie And The Dog (Note:  Nothing bad had better happen to that doggie!!!  *shakes fist*)  😉

My Amityville Horror – This documentary, receiving its Toronto premiere at TAF, is one I am really looking forward to seeing!  Pretty much everyone is at least vaguely familiar with the world-famous paranormal events that happened in Amityville, NY in 1975.  There have been numerous reports, books, and a movie franchise, all discussing America’s most famous alleged haunting of the Lutz family and their home.  Daniel Lutz was only 8 years old when those events occured, and he has been silent on his experience in that house for almost 40 years – until now.  My Amityville Horror screens Tuesday, October 23, 2012 at 6:45pm with short film Eviction

Sushi Girl – Okay, in general, the revenge/crime thriller genre is not my favourite, but the moment this film was announced to have its Toronto premiere at TAF, and I saw the cast, I knew I was in for the ride!  Tony Todd, Mark Hamill, Noah Nathaway, Anthony Mackenzie, James Duval, Cortney Palm, Michael Biehn, Jeff Fahey, Danny Trejo, and Sonny Chiba?  OKAY!  When a gang of vicious criminals reunite for dinner, it quickly becomes apparent that old betrayals and mistakes are not all forgiven, and violence, of course, ensues.  This is one dinner not to be missed!  Sushi Girl screens Wednesday, October 24, 2012 at 6:45pm with short film BYDLO

In Their Skin – Also receiving its Toronto premiere at TAF this year is this home invasion thriller, which I am beyond excited to check out!  I love a good home invasion film, because I’m pretty terrified of people being in my space without me inviting them there, and especially without me knowing they are there.  I swear, if I ever wake up in my bed to find a stranger standing over me watching me sleep, I will not be held responsible for whatever happens next.  The reaction could be anything from me murdering the creep in cold blood to me crying and wetting the bed.  No idea.  Please let’s not find out.  BUT I am very much looking forward to seeing In Their Skin, about a couple and their young son going to a remote family vacation home in the woods to mourn the loss of their daughter, and having annoying neighbours who turn out to be a tad psychotic in wanting to literally inhabit their lives.  Take a life-long walk in their shoes, so to speak.  But without leaving them another pair of shoes to wear – nevermind…forgot where I was going with that!  Suffice it to say, grieving couple are not too eager to give up their grip on life just yet – and things get a little bloody and intense as a result.  In Their Skin screens Thursday, October 25, 2012 at 6:45pm with short film Alchemy And Other Imperfections 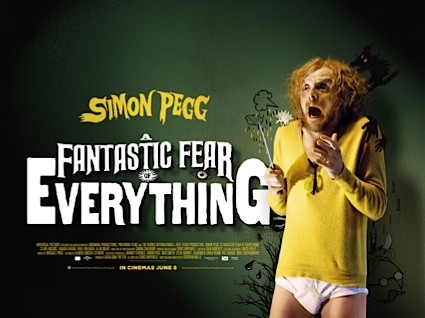 A Fantastic Fear Of Everything – Starring Simon Pegg.  Enough said.

Just kidding – yet another amazing Toronto premiere to look forward to, this one stars Pegg as a children’s author who’s just penned a different sort of book on Victorian-era serial killers, and it’s set him a bit on edge.  He starts seeing danger and fear everywhere, and grows more and more paranoid as the night wears on.  Apparently there is also a hedgehog in there somewhere, but watch for our review for more details!  A Fantastic Fear Of Everything screens Friday, October 26, 2012 at 6:45pm with short film Birthday Pictures

So there you have it!  Those are the nine films I absolutely intend to see over the next nine blood-splattered and fear-filled days of my life – beginning with Grabbers tomorrow night!  There are MANY more films screening as part of the festival this year, as well, and I know Tim and I both intend to cover as many of them as we can, but definitely head over to the official site and check out the full schedule here!  Everything from trailers to FB and Twitter pages to official movie sites and stills from all of the features, Toronto After Dark is the place to be as we dive into the Halloween season.  And, if you should so happen to see us there, please don’t hesitate to come over and say hi!  Just don’t, you know, grab at me in the dark, or anything.  Because I will punch you.  😉 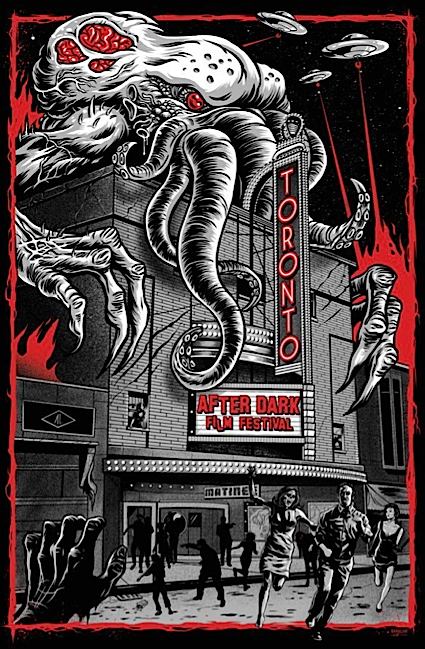