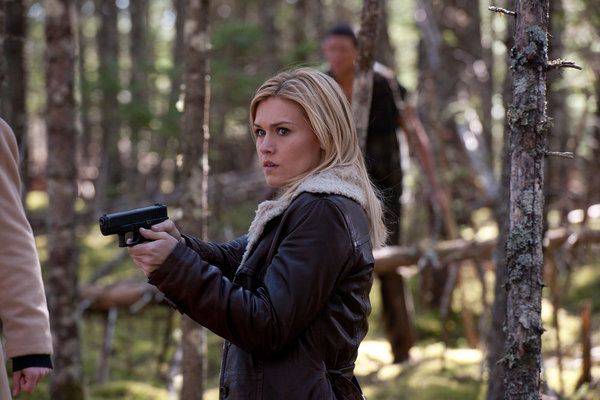 As an animal lover, it’s possible I am a bit biased, but I loved this week’s episode of Haven!  This is really not my best write-up, however, so please don’t let my lack of skills deter you from checking it out.  The ep and the show are just better than my ability to translate, is all!  🙂

Anyway, as per usual, we had a new and unique Trouble coming to life while our heroes also try to deal with the over-arching storyline that seems to be uneartched a tiny bit more from week to week.  In its most basic form, that story arc deal with Haven’s past, and how those events and people are shaping and affecting its present.  As we discovered last week, the Colorado Kid may still be alive, and Audrey (as Lucy) left herself a message to find him before the Hunter, so now Audrey (Emily Rose), Nathan (Lucas Bryant), Duke (Eric Balfour) and Dwight (Adam Copeland as WWE Superstar The Edge) are all trying to figure out who the Hunter could be, and how to find the Colorado Kid before the Hunter can.  Vince (Richard Donat) and Dave (John Dunsworth) aren’t too eager to help with any of that, either, though they are very interested in finding the identity of Audrey’s abductor, since he seems to know a lot more about Haven’s past than even the Teagues brothers do.

In the meantime, however, this is Haven, and when a naked guy bursts into a store and starts eating product while growling at the store owner, it’s time for Nathan and Audrey to go back to their day jobs for awhile.  Audrey attempts to diffuse the situation by offering the cold-looking naked guy Nathan’s coat, but the storeowner bursts in angrily and naked guy explodes through his own exit and runs off.

Back at the station, we are introduced to a fiesty new character in the form of Dr. Claire Callahan (Bree Williamson).  She is the psychiatrist assigned to talk to Audrey after her abduction, and she wastes no time getting under Audrey’s skin by not allowing herself to be politely dismissed.  She even tells Audrey that she knows all about the Troubles – she treats people after Audrey helps them – and that, in her opinion, NO ONE is “past therapy”.  Especially not anyone dealing with the Troubles in Haven, Maine.  This lady may take “not now” for an answer, but she’s definitely not going to take no.  We’re given the sense that Audrey is going to have to deal with her sooner or later, and I personally can’t wait.

Saved by the bell, however, a call from a local farm about a similar naked guy disturbance comes in, so off Audrey and Nathan go to try and capture him.  Then, several things happen in a short span of time.  The farmer’s son can’t find their family pet, Nathan and Audrey discover animal remains inside the barn where the naked guy was believed to be hiding, and then Nathan comes across an entire room full of naked people all sleeping in a pile in the barn’s basement!  While they attempt to find a way to lock the sleeping folks inside until they can figure out what to do with them, the child (no doubt taking his cue from Walking Dead’s Carl) sneaks inside, and Audrey and Nathan have to go in after him.  Nathan has a stand-off with the now-partially-clothed growling people, while Audrey and the boy are trapped with just one young man who seems more wary of and curious about them than he is aggressive.  The others all escape to the woods nearby, but Audrey convinces Nathan that the young man watching her is different because he didn’t attack her, and they take him down to the station.

Audrey spends some time with the young guy, who hasn’t uttered a sound since they first encountered one another in the barn, but she can’t get anything out of him at all.  He accepts a cookie she offers him, but barely makes eye contact with her, and doesn’t say a word.  Nathan and Claire enter his cell, too, and Claire keeps her questions to Audrey focused on the young man, instead of on Audrey herself, which Audrey appreciates.  Claire also decides, however, that she needs to shadow Audrey in the field for the rest of the case, to get a feel for how she operates, which Audrey does not appreciate so much.  While the trio head off to follow up on a lead via the local dog catcher, Duke calls to say that he’s spotted another growling naked guy, and then enlists Dwight’s help in containing him.

The scene at the dog catcher’s building is a grisly one.  The dog catcher is dead – he’s been beaten to death – and all of the dogs are missing.  In one cage is another naked guy, but this one is dead because his neck has been broken, presumably to fit him into the too-small cage.  But then Audrey realizes what’s been going on.  There’s no way to get a dead naked guy into a cage like the way they found this one, which means that he was only a man AFTER being put in a cage.  Before that, he was a dog, as were all the rest.

Audrey, Nathan and Claire rush to find Duke and Dwight and the guy they’ve locked in Dwight’s truck, but when the guy breaks the glass window and his blood gets on Duke’s hand, everyone freezes to see what will happen.  Duke is beyond upset at having a Troubled person’s blood on him again, as it sets off his own…issue…and it’s impossible for him to control what happens from there.  The good news is that – this time – nothing happens.  Growling naked guy isn’t Troubled.  Someone else’s Trouble has turned the dogs at the dog catcher’s into people, and Audrey thinks she knows whose it is.

Back to the farm they go, as the farmer had said that he had dropped his son’s dog off there the night before to be put down because he’d had rabies.  Now the farmer’s son is missing because another naked guy had run off with him, and no one has any idea how to find him.  Audrey figures out that it was the farmer’s own dog who – as a man with rabies – took his son off somewhere to protect him.  Worried about the canine tendency to bury the things they value, the rush is on to try and find the boy while he’s still alive, and before the rabies can completely destroy the man-dog to the point where he becomes even more of a danger.

Meanwhile, however, Duke and Dwight have formed an uneasy alliance with respect to helping Audrey find out about the Hunter, because Dwight realized that Duke hates his “problem”, and that he isn’t like his father, who seemed to relish his role as a killer/liberator of troubled people.  The pair head into the Herald office to pore through newspapers from around the time of the Colorado Kid murder and Audrey/Lucy’s disappearance, searching for anything that might help them now.  Vince and Dave still aren’t being forthcoming with information, but they agree to let the men look at newspapers – at least until a naked guy runs down the street wearing a Cone of Shame.  At that point, Dwight and the brothers run out to try and capture him, while Duke stays to go through the papers alone.  (And, incidentally, I crack up for a good long while at the mere thought of the dude in the cone – hilarious!)

Audrey, Nathan, Claire and the farmer finally find his man-dog in the woods – with several other people-dogs – only now he’s got a gun that he sort of knows how to use, because he’d seen Nathan use his weapon back in the barn.  This time it’s Claire who comes up with the idea of treating the man humanely, to see if he’ll turn back into a dog.  Her logic is, if not getting the dog his shots and resenting its closeness with the farmer’s son is what caused the dog to turn into a man, maybe treating the man as the farmer should have treated the dog will turn him back.  The farmer talks to the man-dog, and finally gets on his knees, apologizes, and pets him gently as the man-dog drops to the forest floor and returns to his original dog form.  Moments later, all of the other people have turned into dogs and run off into the woods again.  The rabies has progressed too far for the farmer’s dog to bear, however, and he dies immediately.  Now they have no idea how to find the missing boy, as the dog was the only one who knew where he was.

Audrey saves the day by getting “her” dog, Cookie – the young man she’d taken from the barn and had at the station.  She gives the dog the missing boy’s scent from the puzzle he’d been playing with in the farmhouse before he’d been taken, and the residual human brain mixed with a dog’s nose leads them all to the missing child.  Audrey and Claire come to an uneasy understanding of their own which basically amounts to Audrey still insisting that she doesn’t need therapy, but she knows Claire isn’t going anywhere, so she’ll work on warming up to the process.  A little.  Evenutally.  Maybe.

We end on a somewhat disheartening note, despite all the awesome doggies running about.  When Audrey leaves her apartment to take Cookie out for a walk, Duke is waiting to talk to her.  He’s found out about the Hunter, and knows that if he were in Audrey’s place, he’d want to know the truth.  So he tells her.  The Hunter is not a person, it’s a meteor shower that happens once every 27 years.  When Audrey was Lucy, and before that Sarah, the night of the Hunter meteor shower was the night she disappeared and ended up with another new identity at some point later.  No one knows where she goes or when she’ll be seen again, nor who she’ll be next time.  But the next Hunter shower is in 49 days, which doesn’t leave her much time to figure the rest of her puzzle out before she forgets everything and has to start all over again. 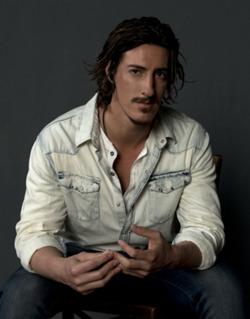 Nathan arrives to help Audrey walk Cookie, but Audrey surprises him by giving the dog away to the farmer and his son, instead.  She makes the farmer promise to take good care of both of them, and doesn’t tell Nathan her reason for changing her mind about keeping the dog herself.  Emily Rose plays Audrey’s urgency and growing fear so well, and it’s written all over her face now that she feels her time as Audrey Parker running out more than she ever has before.  I also am so far loving the dynamic between her and Bree Williamson’s Claire Callahan, and I can’t wait to watch these two women play off one another as the episodes tick down ever closer to the next Hunter meteor shower.  The Duke/Dwight connection makes me very happy, as well.  They’re two of my favourite pairs on the show, and both characters have a dry, sarcastic with that I adore.  Together, I think Duke and Dwight could be quite a force to be reckoned with, and I am glad to see them working together – even if it’s likely just a temporary alliance at best.

Such an amazing show!

Haven airs Fridays at 10pm on SyFy in the US and on Showcase in Canada.