This isn’t your typical Doctor Who story, and I think that’s why I like it as much as I do. Penned by Chris Chibnall this gentle, character focussed episode takes the Ponds out of the Doctor’s life, and puts him into theirs. It’s no secret that this is the penultimate episode for the Ponds, to it makes for a nice way to spend some time with our friends before they leave.

Amy (Karen Gillan) and Rory (Arthur Darvill) are starting to settle into their actual lives away from the Doctor (Matt Smith) though they do occasionally run off with one another (Amy mentions that they have been doing so for ten years – so there are tons of adventures we’ve never even seen!).

However, when one morning the duo wake to Rory’s father Brian (Mark Williams) who reveals that the entire planet has been invaded by tiny black boxes. The planet is littered with them.

And checking them out, right smack dab in the middle of it all is the Doctor! Who is joined rather quickly by a team from U.N.I.T. – something we haven’t seen for a while, but led by a rather familiar name – Kate Stewart (Jemma Redgrave), the daughter of the late Brigadier Lethbridge-Stewart, who had overseen U.N.I.T (UNified Intelligence Taskforce) for years and showed up through some of the classic Doctor stories.

But the boxes don’t do anything, they just sit there, people collect them, take them to home and office, but nothing happens with them. The Doctor stays for a while, slowly going bonkers with linear time and inactivity (leading to a fun sequence that keeps him busy for an hour).

He leaves, the comes back, taking the Ponds away for a quick anniversary present that ends up lasting a number of weeks, but they get back in time for the rest of their party.

Then, when they are on the verge of the boxes having been there for a year, they burst into various activities, eventually plunging one-third of the planet into cardiac arrest!

The Doctor and company find out that the whole thing is organized by a race called the Shakri (Steven Berkhoff) who mention something about The Tally, someone (something?) they answer to.

While the end of the episode seems kind of rushed, the rest of the episode tends to be a lot of fun, character focussed story telling, and show that while the Ponds quite love running off to adventure, they are ready to move on, and take on the adventure of their own lives.

This is probably my favorite episode so far of the series, though seeing the shots of the little cherub stone angels in next week’s episode are definitely creeping me out, and building my excitement for the next installment – The Angels Take Manhattan. 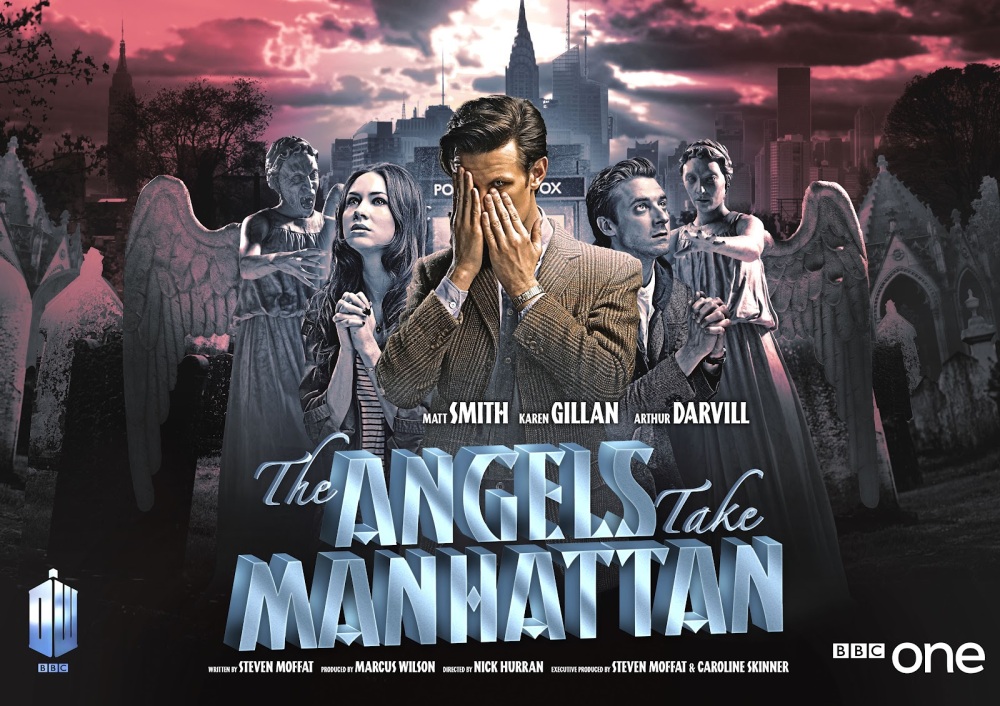