Joe Dante appears on the 101 Horror Movies, not with Gremlins, not with Piranha, but with his werewolf tale, The Howling.

This is just a fun film, as most of Dante’s films tend to be. It’s also filled with inside jokes and cameos. If you watch the background, and book titles, and pictures on the wall, this film is practically innundated!

Dee Wallace, who last showed up on this list in Wes Craven’s The Hills Have Eyes, takes the lead role as television news reporter, Karen White.

It seems Karen has been getting phone calls from someone identifying himself as Eddie (Robert Picardo) who claims to be a serial killer at work in the city.

On the advice of the news programs resident go-to doctor George Waggner (Patrick Macnee), she and her husband, Bill (Christopher Stone) go to a retreat to a secluded place simply referred to as The Colony.

During the nights, Karen hears things, howling and other disturbing sounds, in the woods. Slowly, she begins to suspect there is more going on here than she could realistically believe, and it ties in with the memory of Eddie she’s blocked.

If you know anything about werewolf movies, you already know what the answer is, and if you really know you’re werewolf movies, the names of the characters can give it away, a lot of them, are named after directors of werewolf films.

Alongside Picardo are some other familar faces to Dante film fans… Dick Miller and Kevin McCarthy (who starred in the original cold-war classic sci-fi The Invasion of the Body Snatchers – which in the end, seems to share a lot with The Howling). Names you may not know, but recognize them as soon as you saw them, saying “Hey! That’s that guy!!”

Yes, some of the effects are dodgy, including the passionate encounter Chris has with Marsha (Elisabeth Brooks), which starts well enough with make-up effects but ends with two animated wolves howling as their tryst continues. But they also work in the context of the fun film.

It’s an entertaining romp, though I was left wondering about the design of the werewolves when we actually see them, because, honestly, their ears reminded me of rabbits, which made me think of Monty Python and the Holy Grail with their killer rabbits, and I had a bit of a giggle.

It’s interesting that with this film, and the soon to be revisited An American Werewolf in London, that werewolf movies found their way back into the realm of horror films, after a couple of decades where they weren’t exactly MIA, but they certainly weren’t front and center like these two films made them.

Of these two films, I do prefer American Werewolf, but this one is light, fun, nowhere near as frightening, and even a little delightfully goofy. The other reason I prefer Landis’ film over Dante is that in Landis’ movie, the transformation looks and is painful as David Kessler (David Naughton) screams his way through his transformation, in Dante’s it looks painful, but the characters don’t seem to mind so much…

So watch it again, and even if you don’t like the film itself, check to see how many of the in jokes you can catch, as well as some very memorable cameos. 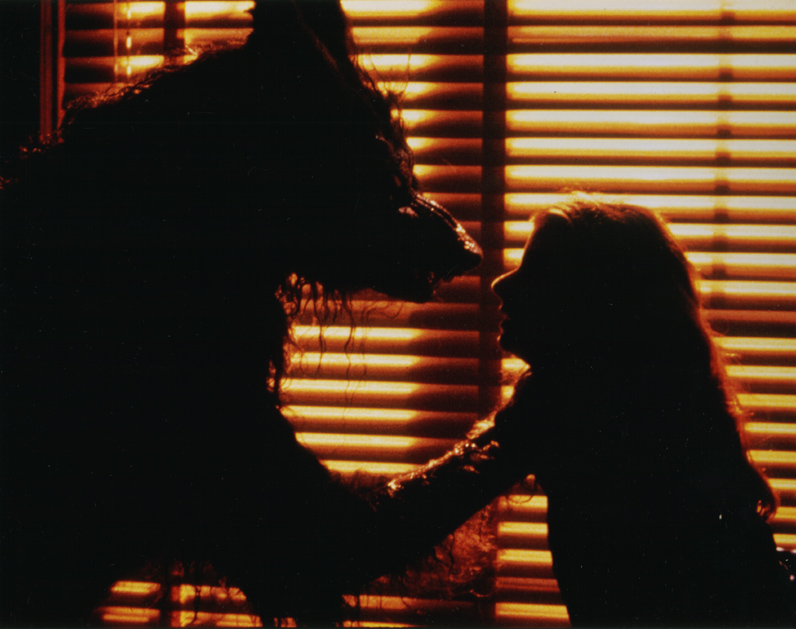