You know, I have really missed this show.  As each new episode unfurls before me, I am vaguely aware of how truly caught up I am in each character’s life.  My mind is constantly spinning, trying to recognize new clues as they appear, and amend my theories as I go.  mostly, though, I am just trying to see everything – take it all in – capture each and every moment to hold onto forever.  This week’s episode was no different, and it pretty much hit the ground running right from the start. 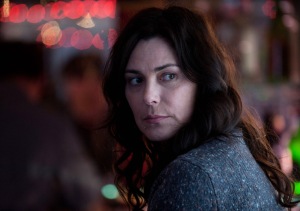 First, we finally have the return of Mitch (Michelle Forbes) – a character who has been sorely missed the past few episodes by both her family, and the viewer.  Michelle Forbes’ Mitch Larsen spent the majority of season one in a state of constant despair over the loss of her daughter, and finally left town in the end to try and pull herself back together somehow.  We didn’t know where she’d gone, nor if she would return home, and even though we were given the chance to see her again this week, the episode didn’t actually resolve either of those questions.  If anything, it left us with even more.  What it did do, however, was set the tone for the episode – and the title itself – right off the bat: numb.

We see a less fragile, more composed Mitch at the start of this episode.  She is far from happy, healthy and well, of course, but she is much more stable-looking than she was when we last glimpsed her.  She checks into a motel somewhere, after driving past a girl hitch-hiking on the side of the road.  The girl seemed young, with curly dark hair, much like Mitch’s lost daughter, Rosie.  But while Mitch notices the girl – perhaps even entertains the thought of stopping to pick her up – she drives right by without slowing down, and continues on to her destination.  She meets a man – a stranger – at the motel, and allows him to accompany her back to her room.  Not sure how far she went with said stranger, but later on, Mitch glimpses the same girl she’d passed on the road, standing by the motel pool outside her window. 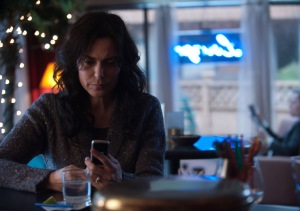 We also checked in briefly with Gwen in this episode.  She got her father to give her a transfer to working in DC with a more influential and higher up politician than Richmond was.  And speaking of Richmond, we see how much he is struggling with his paralysis now that he is out of danger and slowly on the mend.  He spends most of the episode in the denial stage – hitting on his young nurse, forcing Jamie to set up an appearance once he gets started on his rehab, and insisting that he had begun to feel something in his now-useless legs.  Toward the day’s end, however, he has begun to realize how much has been lost, and seeps slowly into a numb state of his own. 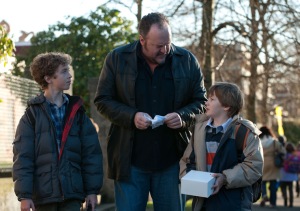 Stan, Terry and the boys are trying to get through simple everyday tasks without Mitch around.  Stan sends the kids back to school, confident that his pal, Janek, will be taking care of everything now, and that his family is safe.  Like Mitch, Stan seems a bit less lost now.  It’s as though finally giving in and asking Janek to find Rosie’s killer and kill him has taken the weight of the world off his shoulders.  He seems to feel more in control, and more sure of himself and his role as a father, husband and protector of his family.  It’s a thin, tenuous thread of control, but it’s more than Stan Larsen had just mere days ago.  And that’s even with the new-found knowledge that Rosie was still alive in the trunk when the car went into the water.

If only he’d looked at the tattoo photo Linden tried to show him that they’d copied from Rosie’s Super 8 video. 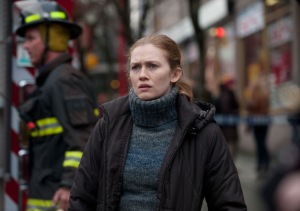 That brings us to Linden and Holder, whose tentative friendship and mutual respect came to a screeching halt the moment Linden realized that the photo Holder had handed her as evidence to convict Richmond was a fake.  Sarah and Jack have had some of the best scenes I’ve seen between them since the beginning of Season 2, and this one added a few more to the growing pot. In probably their most important scene to date, Jack recognized the tattoo in the photo and gave his mother a rundown of the entire synopsis of the manga comic it had been taken from.  And for her part, Sarah launched herself into this day as a woman on a mission, fresh and ready to start her investigation all over again.  She figured out what had happened to Rosie’s backpack after it had been submitted as evidence, and finally realized that Holder had been played as much as she herself had been – if not more.  Linden spent pretty much the entire episode tearing after new evidence in old spots (the Beau Soleil server building had been torched overnight, for example), and she’s not taking no for an answer this time.  It was great to see her fired up and more like her old self again. 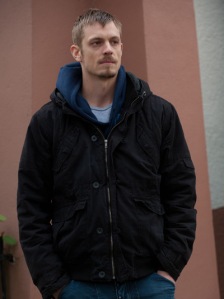 Holder, however, is a different story.  He didn’t show up for work and, while he did show up at an NA meeting, he didn’t go inside.  Instead, he spent the day driving around in a haze of despair, anger, and confusion – a hot mess, in other words.  I don’t actually know if he fell off the wagon, or not, to be honest.  He talked to his nephew on the street, he saw his old dealer, he slept with on of the women from his NA group, who then called Linden and told her to come get him because he was acting crazy.  Linden left Jack in the hotel and raced out to find Holder pacing the highway amid some pretty busy traffic, and told him that she knew what he’d done, and that she “got it”.  Without a word, Holder showed her Rosie’s actual backpack, still hidden in the trunk of his car.  The episode was left with the feeling that, although things are far from mended between them, they just might be back on the same side now. 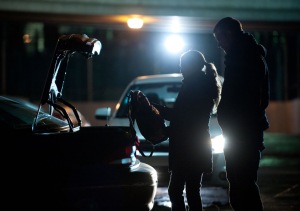 Who do I like for Rosie’s killer this week, besides my go-to baddie, Rick?  For the first time, I had a flash of liking Jamie, but more as another pawn than the mind behind the crime.  I can see him trying to get rid of Rosie to protect Richmond, but I really don’t see much more to his possible involvement than that.  I’m thinking it has to be someone in power.  Why else would the police not be doing everything they can to find the true killer?  Maybe someone in the Mayor’s camp who has control of some high-ranking officers, and who could have Holder put on the case deliberately.  Maybe someone in Janek’s camp, trying to bring Stan back into the fold, and who could also be able to use dirty cops at their disposal to get things done behind the scenes. 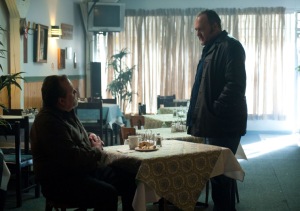 A couple of things confused me, so I will have to watch it again (as I always do) to see if they make more sense upon second viewing.  Janek told Stan that he’d gotten Rosie’s case file from the police, and that they were wrong about her being part of Beau Soleil, because she didn’t fit the right “profile” the company used.  But didn’t we already establish that Terry was in their database?  Also, it looked like Janek had someone erasing all of the Beau Soleil files, presumably from the servers that had been missing from the building once the fire had been put out.  Does that mean that a) Janek’s people are covering up Rosie’s possible involvement with the prostitution service by deleting all stored info from the servers, and b) that Janek’s people set the fire to begin with to hide whatever was on those servers – because he perhaps owned the company?

So many questions, and only Day 16.  I can’t wait to see what happens next!

The Killing airs Sundays at 9pm on AMC. 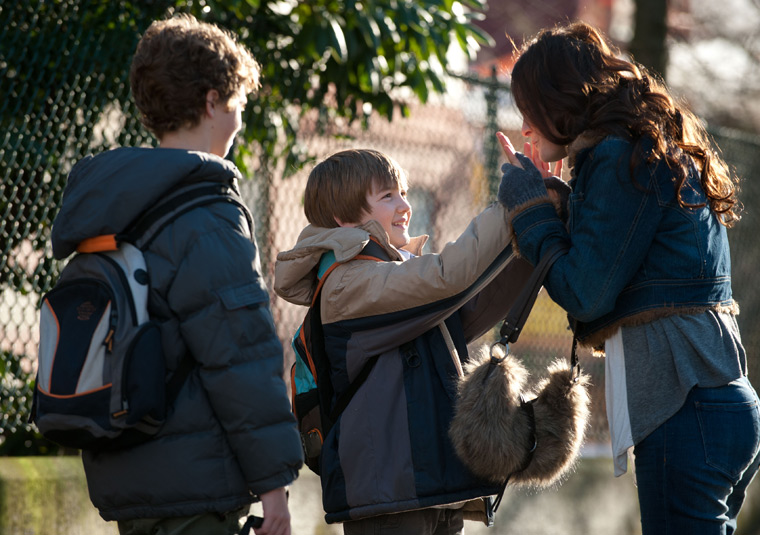