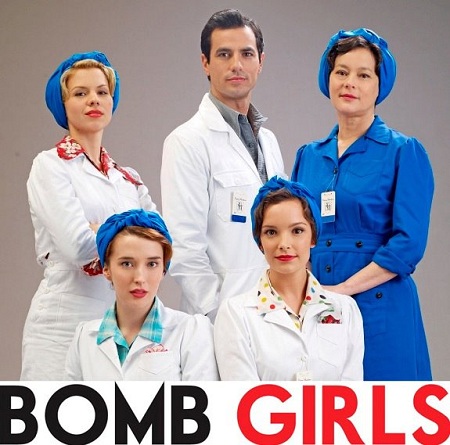 Now that we know the characters we’ve been introduced to, and the world they live in, they can stat to introduce change, and this episode does that full-out for five of the show’s characters in big ways.

And let’s not forget Billie Holiday. Her music, depending on your mood can be heard as happy, thoughtful, melancholy, and always soulful. For me, that perfectly describes the episode, and how I was feeling by the end of it.

Still hiding in the hospital and suffering from her disfiguring accident, Vera (Anastasia Phillips) is beginning to contemplate suicide, and is hoarding her sleeping pills, until she figures she has enough to make a go of it. Even with Archie trying to make her smile, and in his own way, you can tell he cares for her, but that’s still no excuse for the way he speaks to her. He also realizes that if that’s what she wants then she’s going to do it, and he cares enough to try and help her.

Lorna (Meg Tilly) causes trouble for Marco (Antonio Cupo), by recovering his Italian language paper from the trash bin and stowing it in his locker, while the factory is under a military spot check. This leads to Marco being taken away, and rumors abound that he was shipped to an internment camp in Petawawa.

When Lorna takes Marco’s final pay to his home, he’s surprised to find him there, and is practically forced by his mother to join them for dinner, her first Italian meal… Spaghetti. His mother also can’t help but notice that there is more to the two of them, then they admit, even to themselves.

As Marco walks Lorna home, the wind rises, as does the tension, and they have a second kiss.

And though she pulls away, nowhere near as quick as last time, she does take her leave, but at the end of the episode, she is bringing a little bit of Marco into the household, by serving store-bought spaghetti for dinner.

Meg plays Lorna perfectly, you can tell she’s conflicted about what she is going through, her performance is wonderfully layered, and it leaves one wondering what Lorna really wants… and what changes await her in the episodes ahead.

Gladys (Jodi Balfour) has a storyline that actually started out as a fun little lark for me, someone has stolen her very expensive perfume, which since no one admits to it, the entire factory gets docked their pay to reimburse Gladys for it. She also loses a scarf. But Gladys is certainly not gonna stand for that, and takes matters into her own hands.

She made me grin in sheer delight when she references The Thin Man films (so much fun for those of you who have never seen them) and decides to investigate. The trail leads right to Hazel (Brittany Allen), but no one believes her, at first.

Jodi’s performance continues to show her range, as she goes from wonderfully determined to crushed to lost to dealing with her new reality in the space of an episode.

With Kate and Betty (Ali Liebert) in tow, like a gal-pal detective agency, Gladys learns of a relationship between Hazel and her fiancée James (Sebastian Pigott) and it shakes her up. She suggests Hazel do the right thing, she can’t bring the matter up herself but for little barbs in the presence of her family. Her mother of course is all eager to arrange her wedding, and you can see now that Gladys finds the entire thing now disenchanting.

She wants more, and I’m beginning to think she no longer believes she’ll find it where she is, in that big house.

Kate (Charlotte Hegele) finds herself in more trouble this week as Lorna finds a locket with the name Marion inscribed on it. Initially thought to be the thief, Lorna sends Kate to the store- room to work on her own and basically, think about what you’ve done.

This gives Charlotte a chance to let loose, and she begins to belt out a tune, and yes, that really is her! That was one of the questions we posed her when we sat down with her this week, stay tuned for that podcast!

But it gets her into trouble, because she is joined in her vocalizing by another voice, and she mistakenly compliments the wrong man about it, who comes down to the store-room, to *ahem* help her out.

She’s saved from a potential rape by Mr. Leon Buck (Jim Codrington), who was really the other singer in the dark. Kate is intrigued by him, and chases him down to thank him, and to ask how he learned to sing as he did.

He suggests she find out who Billie Holiday is.

And let me tell you, there is never anything wrong with a little Billie Holiday, someone’s music who can be joyous, melancholy and soulful all at once. Which is a perfect way to leave our cast at the end of this episode.

Lorna is looking for a little joy, Charlotte has found it with this new music, Vera is feeling troubled over her life and Gladys is feeling melancholy over all that’s happened to her, but you know she’ll come out swinging.

The series continues to weave thought out stories, great acting, and actual history into engaging television. I’m sad that we’re halfway through the series already, but I do like the time I get to spend with these wonderful ladies (brought to life by some wonderful and talented women) and watch their place in history unfold, wanting them all to find the happiness they deserve, and have undeniably earned, but also knowing that life doesn’t work that way… 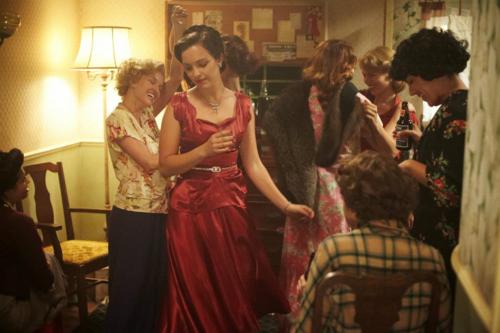