Now that 2011 is done and gone, and 2012 is finally upon us, I thought I’d take a bit of time to go through the plethora of flicks I saw in theatres throughout the course of the year.  I dug out as many ticket stubs as I could find – yes, I keep them…I am a nerd – and made little piles based solely on my enjoyment/experience of them.  I actually think I saw many more films than I can find the stubs for, but I can’t really remember anything specific, so we’ll just go with these!  I have a top four, and then several ties for what would be number five.  I just can’t choose between them, so I’ll mention them all.  😉

1.  The Untitled Work of Paul Shepard

This one edged  my number two choice because I saw it twice in the theatre (and I believe it was the only film I did that with this year), and because it affected me so personally, and on so many levels.  The original motivations for seeing it was to support Lost Girl cast members, Kris Holden-Reid and Zoie Palmer, and to throw a bit of support toward Canadian indie filmmakers while we were at it.  Personally, I thought it looked funny, but I didn’t expect to frakking LOVE it as much as I did.  The whole experience – from getting the tickets in advance to watching the opening credits through the Q&A after – every single moment was a joy.  After that, it wouldn’t go away; wouldn’t leave me alone.  The freaking film got inside me and stirred me up, and only grew in strength once Mind Reels got to meet and podcast with director Jeremy Lalonde, producer Anthony Grani, and star Mary Krohnert – with even more to come!  We went back for a second viewing and I found I was even more affected by it the second time around.  Something shifted inside of me because of this movie, and though I can’t articulate exactly what it was, I can’t help but feel a little bit grateful.  I personally can’t wait for the DVD release, just so I can have it with me always.

This only narrowly missed being my number one film of the year, and really only because it didn’t so much change me as it did sustain me.  I haven’t laughed that much in a movie – hell, I haven’t been that HAPPY – in a very long time.  I laughed, I got teary-eyed, I clapped and cheered, I missed my friends, I celebrated their return…everything.  I loved everything about this movie.  It turned me into a kid again, and for a little while, everything was a-okay.  Nothing in the world mattered but those fuzzy critters being back on the screen in front of me, doing what they were created to do.  That’s another one I can’t wait to have as part of my collection.  It just fills me up with smiles.  🙂

Here’s a film I deliberately knew as little about as possible going in, but it turned out to be as different from even my limited expectations as possible.  It’s no secret that I am a huge fan of the Jason Reitman/Diablo Cody combination, so I certainly knew it would be funny.  But I really didn’t expect Charlize Theron to be as funny as she was, and for my beloved Patton Oswalt to play more of the straight man.  Not that I don’t think that he’s a straight man…there’s…nothing wrong with that.  I just meant I thought he’d be more like the comic relief, or something.  Anyway.  I love how unconventional this movie was, and how much it gave me to think about, and – in a surprising twist – how completely awkward and uncomfortable it made me feel.  I left the theatre with the sense that this latest creation from one of my favourite teams was not yet done with me, and I look forward to our next encounter. 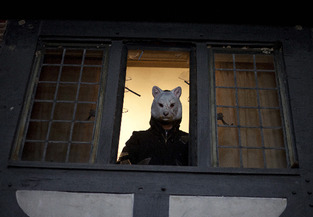 I saw this twisted little home invasion treat as my first Midnight Madness screening of the Toronto International Film Festival.  I don’t know whether it was because it was my first of the year, or because there were so many friends in the revved up audience, or because the film itself managed to balance my internal terror of strangers hiding in my house with some absolute hilarity, but the combination had something right going for it, because that was more fun than should be allowed at a midnight screening.  There were creepy animal masks dotting the audience (to mimic the ones used in the film), there were signs and banners out on the street leading to the theatre, and a packed house ready for a good time.  And You’re Next did not disappoint.  An obnoxious family holds a long-overdue reunion in a massive house location at the corner of No and Where, and before you know it, people are dropping dead all over the place.  With one of the most brilliant kill scenes I’ve ever witnessed, a tale populated with absolutely absurd characters and completely unexpected moments of creative carnage, this film felt like a thrillride and then some.  Time will tell how much of that should be chalked up to a magic combination of one-time-only pieces, versus a truly twisted and fun flick, but for right now, my memory votes it in as one of my faves of the year.

And now for the several honourable mentions…movies I enjoyed that all have that something extra I look for whenever I go into a film: 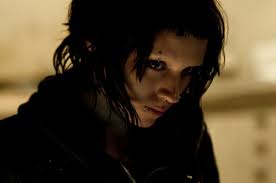 Girl With The Dragon Tattoo:  I had no idea what to expect from this one, never having read the books nor seen the Swedish originals.  So while there were several things that confused me, or made parts of it difficult to follow plot-wise, for the most part, I was engaged and enjoyed this little investigated tale.  The government should either wish they had a Lisabeth Salander finding information for them…or be glad she doesn’t exist to foil their plans at every turn. 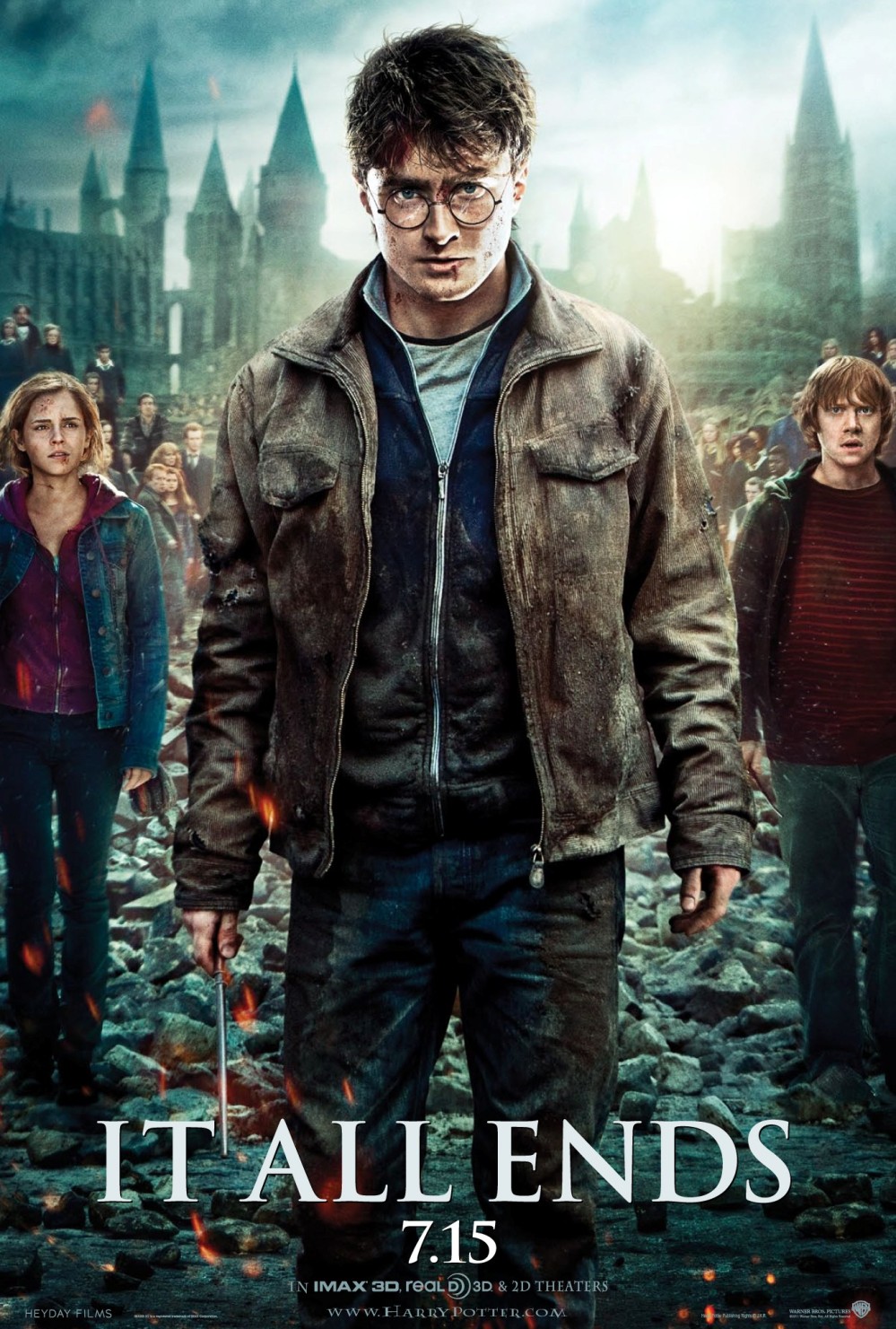 Harry Potter and the Deathly Hallows Pt 2:  I have a Kimie and and Ingrid to thank for really bringing the boy wizard into my world, and this final chapter did not disappoint.  It was a fitting finale to an awesome series.  I came at everything sort of backwards.  I’d seen some of the movies – with some gaps – before I’d read a page of any of the books.  But by the time DH Pt 1 hit the big screen, I’d read them all, and rewatched the movies all in order, so I felt like I at least managed to go into the final film on roughly thew same page as everyone else.  I just…didn’t start out that way.  😉 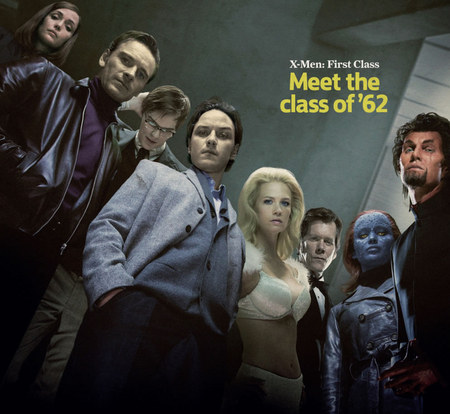 X-Men First Class was better than expected, though I wasn’t a fan of the Wolverine cameo, because I felt it took me out of the movie enough that I found it difficult to get back in.  I love James McAvoy, though.  To me, he can do no wrong!

Super 8 was another film I didn’t know what to expect going in, but there was some initial hype that may have ruined some of it for me.  I didn’t have the same nostalgic love for it that most people had.  I actually wondered when I’d gotten so old as to worry about the kids running through a train wreck/explosion instead of thinking about how awesome it looked.  Somewhere along the way, I stopped being able to see kids in danger without being nervous for them instead of excited by their adventures.  BUT, that being said, I was truly impressed by each and every performance turned in by that stellar young cast…they were truly beautiful to watch, and I enjoyed that part of it very much.  I just prefered the moments when they weren’t in mortal danger, is all!

So that’s it…my top 5-8 films of 2011.  From what I remember.  And based on my personal enjoyment and experience of them.  I know there are several that I am looking forward to in 2012, but at the moment, all I can see is Dead Before Dawn 3D and The Hunger Games.  I am so unbelieveably looking forward to both of those that I honestly can’t even see past them to any other movies.  I’ll check back later once I’ve seen each of those in the theatre at least a handful of times!!!