This week’s spy thriller is a fantastic film from Tony Scott and starring Robert Redford and Brad Pitt. I remember being blown away the first time I saw this one, though I’ve always been a fan of Scott’s work, and the score by Harry Gregson-Williams felt perfectly suited for a techno-thriller, though admittedly this is more old school spycraft than satellites and thermal imaging.

Nathan Muir (Redford) is retiring from the CIA today, but his most prized asset Tom Bishop (Pitt) has gone off the reservation, and is attempting to break someone out of a Chinese prison on the eve of a trade agreement between China and the U.S.

Talking his way into the operations room, Muir shares Bishop’s history, how he was recruited, his training, some of his work, and his involvement with a woman named Elizabeth Hadley (Catherine McCormack), all while trying to suss out what has happened and what the Agency plans to do.

What follows is a brisk moving thriller that moves backwards and forwards through the characters’ histories while the clock ticks down on Bishop’s execution. Muir, however, knows how to play the game, and with his tradecraft, may be able to get Bishop out before it’s too late.

Scott’s visual style is on complete display here, a slick looking, fast cutting film that expects you to pay attention to everything, and makes sure you have a fun time doing it as Muir outwits his peers, and Bishop learns his tradecraft.

By grounding the film in real events, and building the narrative up around it, the film has an authenticity to it as it treats these events like the everyday occurrence they are, no matter how far outside the realm of the average film-goer it is.

Both Redford and Pitt are perfectly cast and it feels like the meeting of old Hollywood and new, something that is reflected in the spycraft as well, Muir is the old school, teaching the new school in Bishop.

This is a film I sit down and settle in for whenever I come across it, or throw it on the player. I love the way the film is cut, the way beats play out, and Redford is just so damned in control in this one. He knows all the moves, and is always ahead of everyone else. And that’s what keeps him, and his asset, alive.

Pitt plays bishop with an honest, idealistic naivete at first, which slowly transforms into something harder, while still retaining his emotional core, something that Muir has worked hard to keep secret in his own core, and which allows both men to emerge triumphant.

This is one that I don’t watch enough, and yet love every time I watch it. Man, I miss Tony Scott. 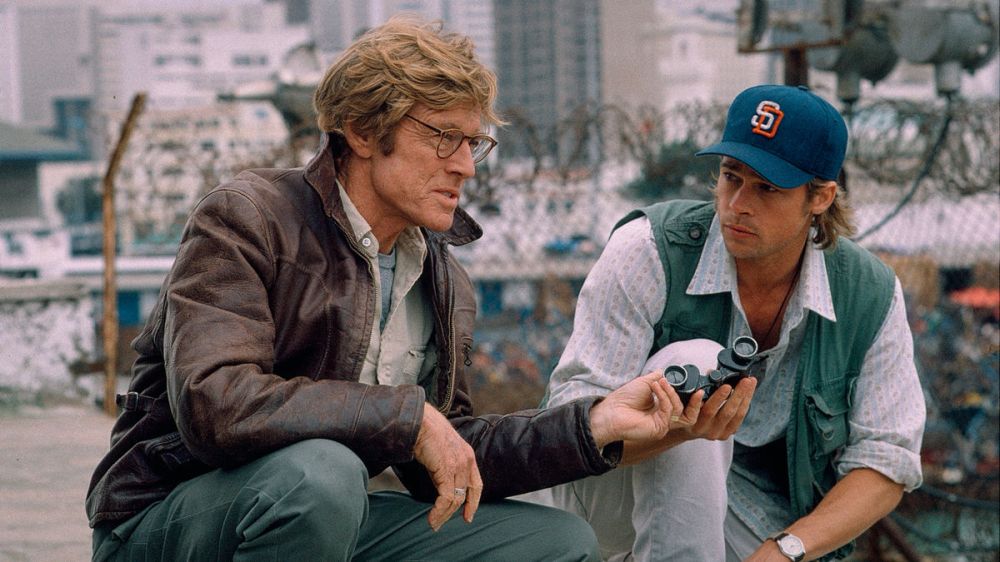