I’m starting a new movie book today, and this one should be a lot of fun. DK Canada’s Monsters in the Movies by John Landis is going to bring me a lot of joy I think. There is going to be good films, bad films, schlock, gore, and general awesome-ness.

The first section of the book deals with Vampires, and while I have reviewed some of the films mentioned in this section, there are a bunch I haven’t so let’s jump in shall we!

The first one up (the book is a series of images with notations on the films they came from, alongside a delightful discourse on the subject matter written by Landis) is the Hammer Films classic Dracula Has Risen From the Grave starring Christopher Lee as the titular vampire.

After his death in the previous film, the notorious vampire is restored to undead life (by a fallen priest’s blood) now seeking revenge when his castle is exorcised by the Monsignor (Rupert Davies). The nosferatu stalks the Monsignor, his allies, friends, and his lovely niece, Maria (Veronica Carlson) and all her buxom friends (this seems to be a trait of Hammer films, brilliant red blood, and bodices).

The lurid vibrancy of the film’s colours steals away any aspirations of Gothic horror, but that doesn’t seem to be the film’s intent, instead it’s all about Lee getting his fangs into necks, blood spilling, and good, eventually, after the body count is high enough (4), and enough lovely maids are imperilled, good triumphing over evil. 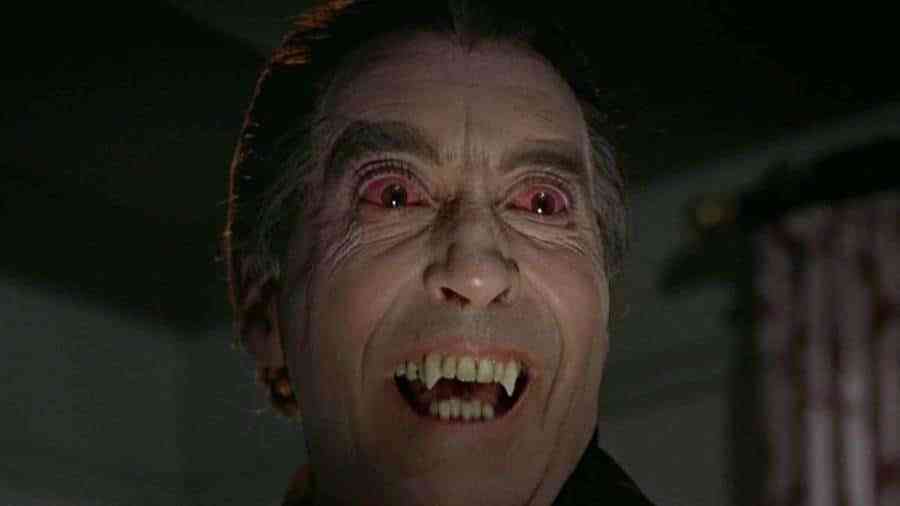 In the end it comes down to Maria’s suitor, Paul (Barry Andrews) a beanpole of a fella with a curly mop top to rescue his love and put paid to the vampire, but even as the credits roll, we know something is wrong, because Dracula’s body isn’t there.

He is already preparing to return!

I rather enjoy the Hammer films, there’s an incongruity of English manners juxtaposed against horrific (if sometimes absurdly bloody) imagery. The storylines are sheer b-movie goodness, and you know you can just settle in, and enjoy. The Hammer films are much beloved, and includes a lot of recognisable talent, and even now, prove to be good fun!

And, I think, Lee rather enjoys the role, with his red veined contacts, the ridiculously vibrant blood, and the attractive cast – these films are just a blast! And honestly a perfect way to start a new book!

For something really fun, and enjoyable, pick up John Landis’ highly entertaining Monsters in the Movies from DK Books and find a perfect popcorn fright fest to watch tonight! 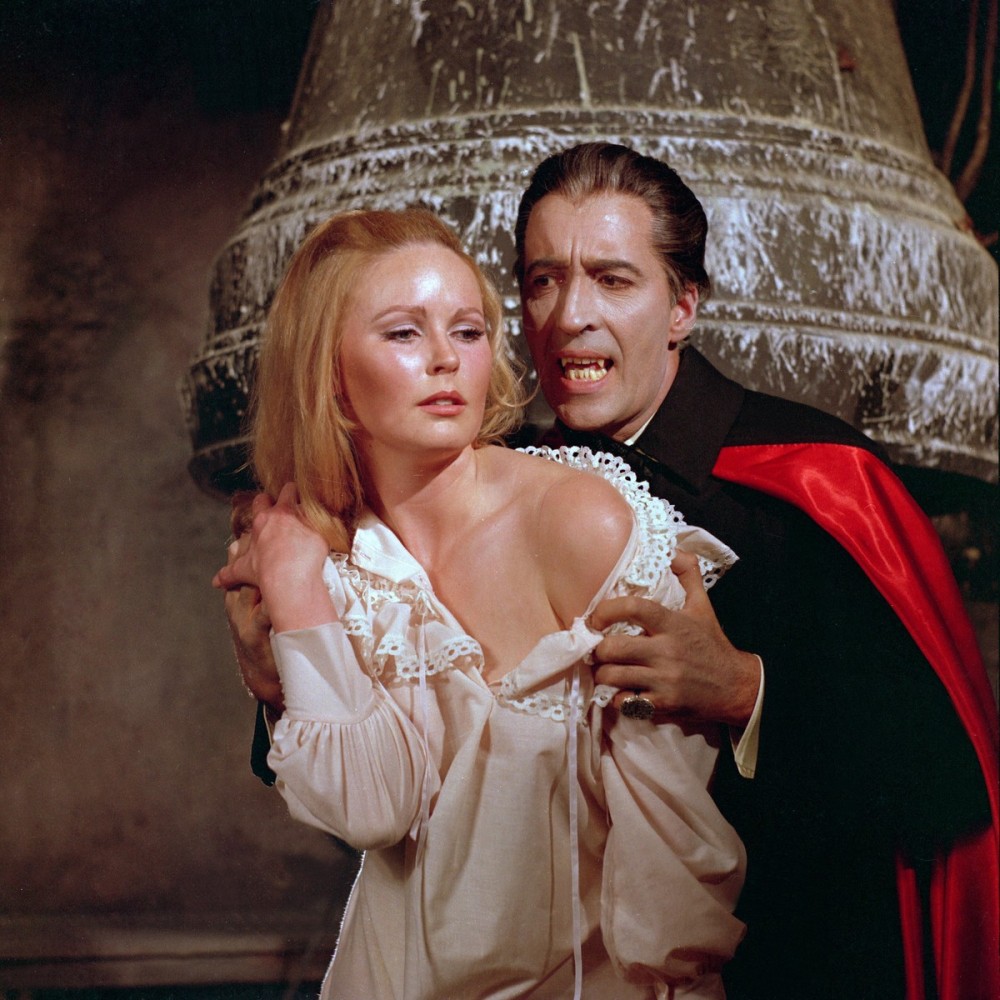