DK Canada unleashes the Force with their playful and entertaining Star Wars Made Easy.

Positioning itself as A Beginner’s Guide to a Galaxy Far, Far Away, for that rare person who has never seen any of the films, Vlauvelt’s book is a lot of fun, embracing the fun that is an inherent part of the Star Wars universe as well as informative for those folk that are just getting into Star Wars.

For those lifelong fans, like yours truly, the book puts me in mind of a quote from J.R.R. Tolkien and one that seems to be representative if fandoms around the world, “Hobbits delighted in such things, if they were accurate; they liked to have books filled with things that they already knew, set out fair and square with no contradictions.”

The book introduces us to all the major players across eight films, hinting at things to come in The Last Jedi, as well as touching base on the popular television series, The Clone Wars and Rebels. The new line of canon novels and comics are mentioned, but are not delved into.

Blauvelt covers off the films in broad strokes, which will allow new fans (non-fans?) to follow what is going on in the films, and probably just as important, understand what their friends are talking about.

I had a moment to chat with Blauvelt recently at Fan Expo here in Toronto, and his sense of humour translates easily to the written word. He obviously loves his subject matter, as well as film in general, and there was an ease in talking to him that finds its way into the book. 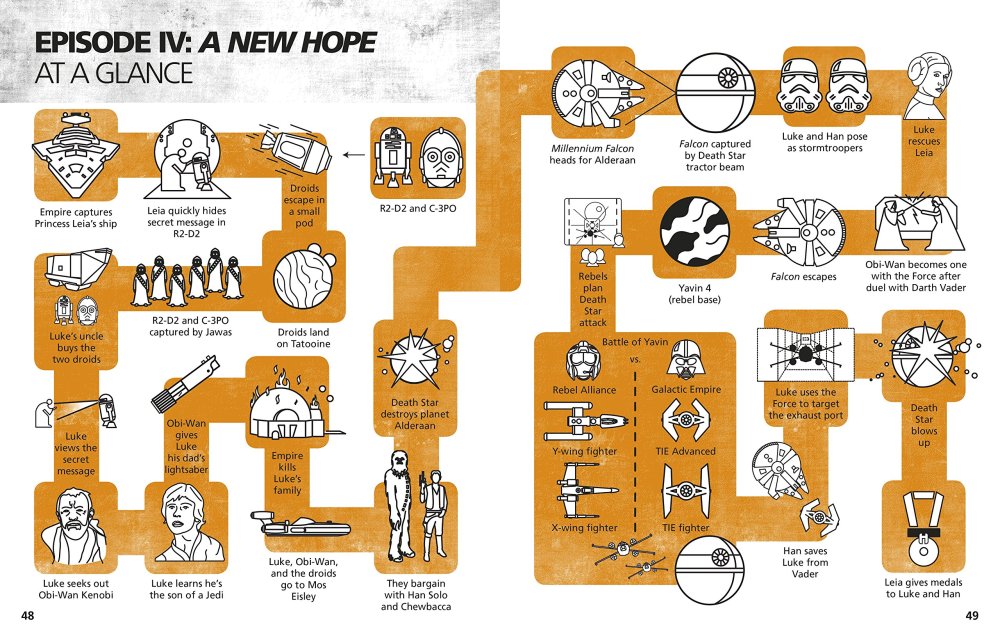 It’s a comfortable, enjoyable read, a book that long time fans will get a chuckle over and view with much affection, while new fans will find it a potent resource. While the book does not delve into all the characters that populate the universe (but that would take a lot more pages) it intentionally only gives general strokes of stories and characters.

It intrigues and informs, even if it defends the existence of Jar Jar Binks. It brings up the Han Shot First ‘controversy’, gives recommended viewing orders (including my favourite, commonly known as the machete order (though I start with Rogue One now)), takes a look at a couple of inconsistencies but never loses its sense of fun and joy – something that continues to be at the very heart of the Star Wars universe.

Every year, from here on out, we’re going to be given another Star Wars film until one flops or we tire of them, and this book will help newcomers find their way through a realm of characters and adventures that so many have gone on (again and again).

This diagram filled book is a lot of fun, and actually put me in mind of that six year old boy who first stared in wonder at the words “A long time ago, in a galaxy far, far away…” and was never the same again.

DK Books’ Star Wars Made Easy is available now and would be perfect for any Jedi or Sith in your life.

May the Force be with you.