Stringfellow Hawke (Jan-Michael Vincent), Dom (Ernest Borgnine) and Caitlin (Jean Bruce Scott) are back at it this week, flying their supercopter in to more danger!

First up is The American Dream, which was written by Dennis Foley, and aired on 12 January, 1985. Our trio is attending a Vietnamese wedding. The groom, Minh (Magnum’s Soon-Tek Oh) was sponsored in his move from Vietnam to America by String, and now he’s getting married.

However, the whole farming community, composed of Vietnamese immigrants is being terrified by a former warlord Tranh Van Zung (Die Hard’s James Shigeta), who wants his cut of their profits, or no one gets to harvest and deliver their crops.

When Minh ends up in the hospital, the entire village looks to him to lead them, to stand against Tranh, he declines.

String, meanwhile, goes to see Tranh and puts it to him point-blank, leave the village alone, or Hawke will end him.

Minh, after a second attack, decides to stand up to Tranh with Hawke, and Airwolf at his side. While Caitlin helps with the harvest, Hawke and Dom race to get the chopper.

Tranh launches his cop-dusting planes, weighed down with gasoline to spray to set everything ablaze, and Airwolf tangles with them one by one. Thank goodness, Tranh was a pilot though, or otherwise, they may have had to find another way to have the episode’s climax.

This was a fun episode just for all the recognizable faces!

Inn at the End of the Road is next up. It was written by Westbrook Claridge and Alfonse Ruggiero and aired, originally, on 26 January, 1985.

The thing that most delighted me about this episode was the guest star… the role of Jason ‘Doc’ Gifford was played by none other than Haven’s Chief Wuornos, Nicholas Campbell.

When a band of assassins steals a new in-flight computer system (called LOKI, which didn’t have any pay off at all) and flee the scene of the crime, Michael Archangel (Alex Cord) calls in String and Dom to track them down and stop them.

It seems they’ve hotfooted it to a remote location, and have taken some temporary hostages, until they convince Doc to fly them to their next location. (Convincing him, by locking up and then shooting one of his friends).

Doc proves he’s a bit of a hot-shot helicopter pilot, when he outmaneuvers Airwolf, causing injury to Hawke. Then in the final showdown, when Hawke passes out from his injuries, Doc has to fly Airwolf himself and take on a LOKI controlled helicopter that is being used to hunt down a visiting dignitary, who wanted to get some fishing and hunting in.

This one isn’t necessarily the best episode, but like I said, it was very cool to see Canadian Nicholas Campbell, aka Mayor Dominic Da Vinci, Chief Wuornos, Martin Poole taking on baddies in the supercopter.

I wonder what our heroes will get up to next week? 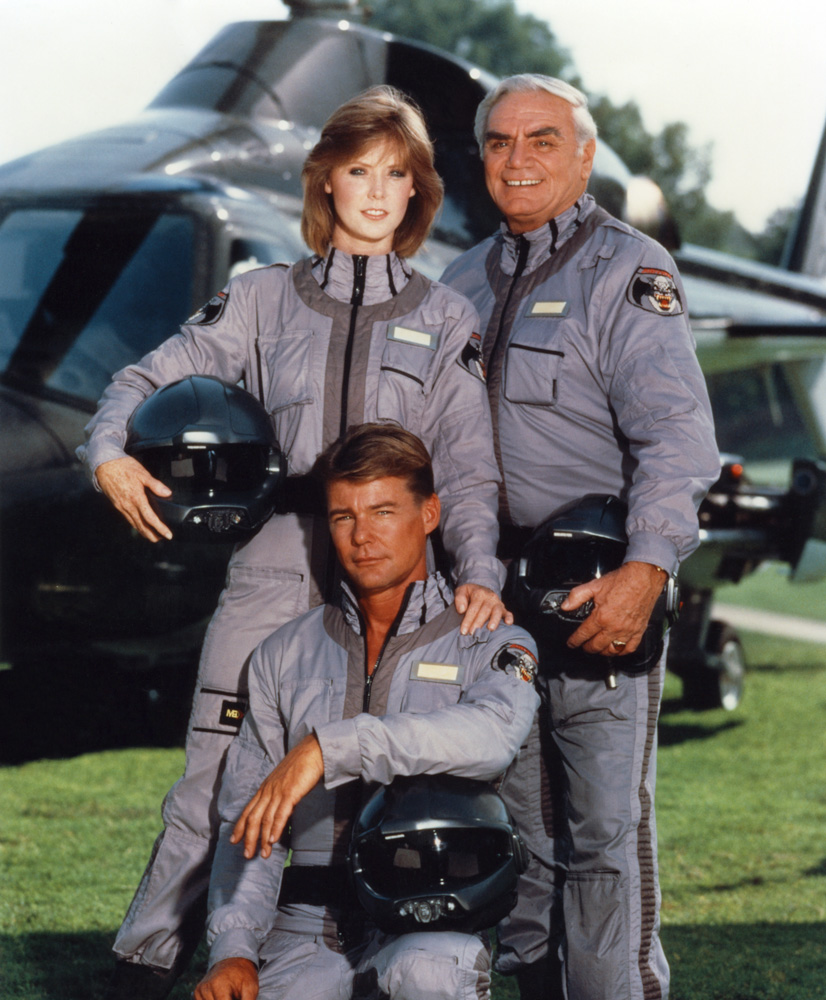