Mark Gatiss reintroduces the ice warriors of Mars to the world of Doctor Who as The Doctor (Matt Smith) and Clara (Jenna-Louise Coleman) find themselves aboard a Soviet Sub in 1983. 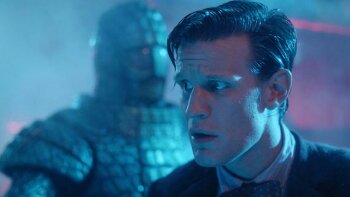 This is probably the strongest of the stories since Clara became The Doctor’s companion, although David Warner seems completely wasted in his ole as a professor aboard the sub with a fascination for the band Ultravox. Perhaps he’s just a big fan and wanted to do an episode.

One always has to worry a touch when a villain or creature from earlier in the run of the series shows up, and you have to make it unique and update it at the same time as you try and honor what has gone before it.

I think they do a nice job with the Ice Warriors by getting them out of the biomechanoid suit.

They also toy with the concept of Mutually Assured Destruction after one of the crew men fire on the Ice Warrior, which is a no no, because then his one and only goal is then to destroy all of humanity, and he’s trapped on a Soviet sub… with nuclear missiles. So as he seeks to launch one which will be the first shot in the last war, The Doctor threatens to blow them all up.

Liam Cunningham, an actor I always delight in seeing plays the Soviet sub captain, and it seems quite at home in the DW universe.

I love the fact that Clara brings up the whole speaking English thing, as the TARDIS translation circuits make sure that our heroes always hear English and speak whatever language is being used… Course that doesn’t explain why the Ice Warrior, a Grand Marshall is able to be understood by the submarine crew as well as speaking Russian… he’s been frozen for 5000 years. Even a throwaway line about a translator matrix in his suit would have covered that.

Overall, as mentioned it is the strongest ep of the second part of this series, though I’m a little biased as I love a good submarine movie or episode, you can play up claustrophobia, tension, and tell a strong character story.

I think the Ice Warriors are a nice match for the new series, I do hope that we don’t ever get to see them full form out of the suit, those long spindly fingers, teeth filled mouth and large red eyes are just about enough, and should send some kids behind the couch for safety.

Next week, it looks like we’re taking on some ghosts in a spooky mansion alongside some paranormal investigators… Shade of Legend of Hell House!!

What did you think if this week’s ep?

Doctor Who airs Saturdays on Space! 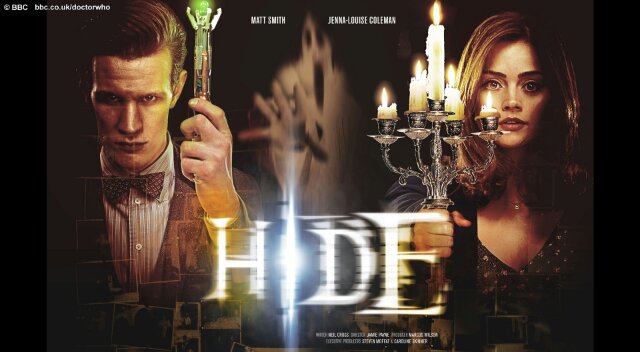