Don Bluth came up through the ranks of the Disney Company, and in the late 70s and early 80s when the studio seemed to be no longer producing films on par with what they had in the past, he left.

Forming his own animation production he went on to make some of the best films Disney never made, including the much loved An American Tail, Land Before Time, All Dogs Go To Heaven, Titan A.E. and of course, his first film The Secret of NIMH.

I know I saw this movie in the theater when I was a kid, but honestly, didn’t remember much of it. I decided it needed a revisit.

Coming into this film as an adult, you actually see a lot more. I’m sure as a child I had no idea that NIMH stood for National Institute of Mental Health, I just knew that they injected some rats with big needles in the movie!

It’s also a more violent film than you expect to see for a family film, there are a total of four deaths, two of them happen on screen, and you see three of the bodies. Huh. I honestly didn’t remember that from my childhood viewing of the film, so I don’t think you can say it would scar younger viewers, I was upset over a couple of the deaths, simply because you’re involved in the characters. And that is just a sign of good story-telling.

The main story is about the widow Mrs. Brisby (Elizabeth Hartman), a field mouse who is raising four children, one of them, Timothy, laid up in bed with pneumonia. She seeks the advice of Mr. Ages (Arthur Malet), who gives her medicine for Timothy, but insists that he remain in bed for three weeks. Moving day is upon them though, brought on by the local farmer beginning to plow his field.

Desperate to save her family, she finally turns to a group of rats who live in the rosebush in the farmer’s yard, planning to ask them to help move her house as a whole, advised to do so by the Great Owl (John Carradine). Led by Nicodemus (Derek Jacobi), the rats reveal the secret of NIMH super-intelligent rats who use electricity and some of whom seem to have psychic abilities!

She’s aided by Jeremy, a clumsy crow (Dom DeLuise – a staple of Don Bluth films), and Justin, the captain of the rat guard (Peter Strauss) and menaced by Jenner (Paul Shenar) a scheming rat, who is keen on ruling all the rats and taking what they want from the farmer and his family instead of trying to live in harmony with the world.

Coming to this film for the first time since 1982, I found myself quite enjoying this. I’ve always been a fan of Bluth’s hand drawn animation style and the story walks a fine line between goofy, specifically Jeremy the lovesick crow, and truly dark, Jenner openly plans and executes Nicodemus’ murder.

I honestly understand some of Jenner’s motivations. Why shouldn’t they take what they want from humans after what they did to all the rats that escaped from NIMH. Nicodemus, the wiser one, and his protege Justin, realize that if they are discovered, they may all die, and it’s wiser to move and live in harmony with the land.

The film is still a dellight, and watching the credits I was delightfully surprised by some of the names I came across – Jerry Goldsmith composed the score, Wil Wheaton and Shannen Doherty voice two of Mrs. Brisby’s children.

There’s a flawed honesty to hand drawn animation, and it gives a warmth and life to the film, that only Pixar has been able to capture in the digital age.

If you’ve never seen it, I say take a look at it, and if you only saw it as a child, maybe it’s time to see it again.

The magic is still there… 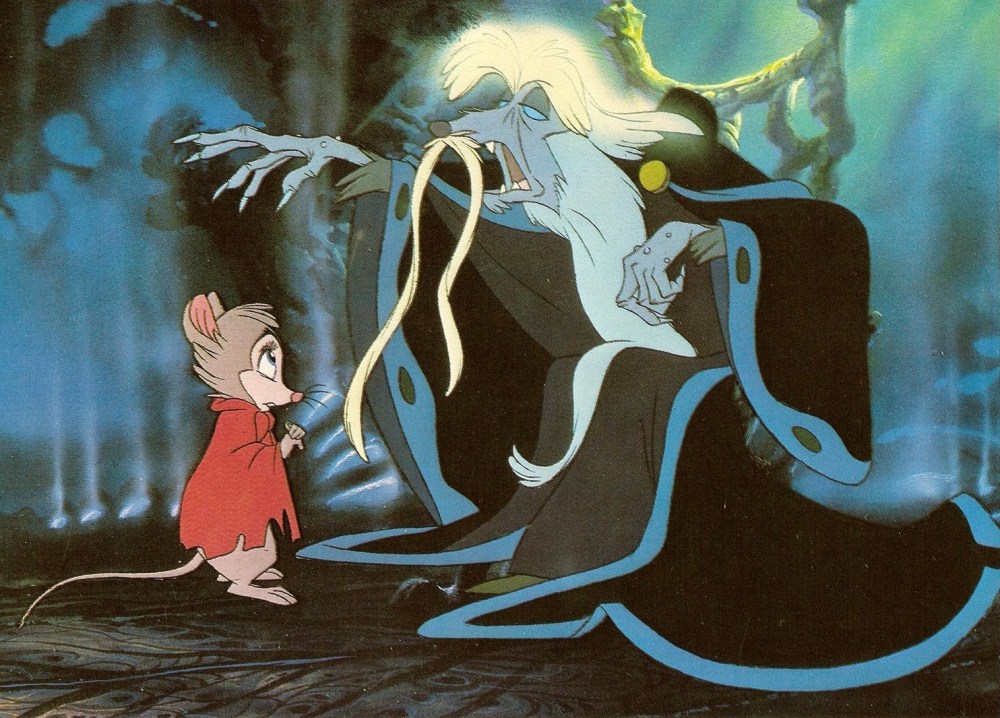